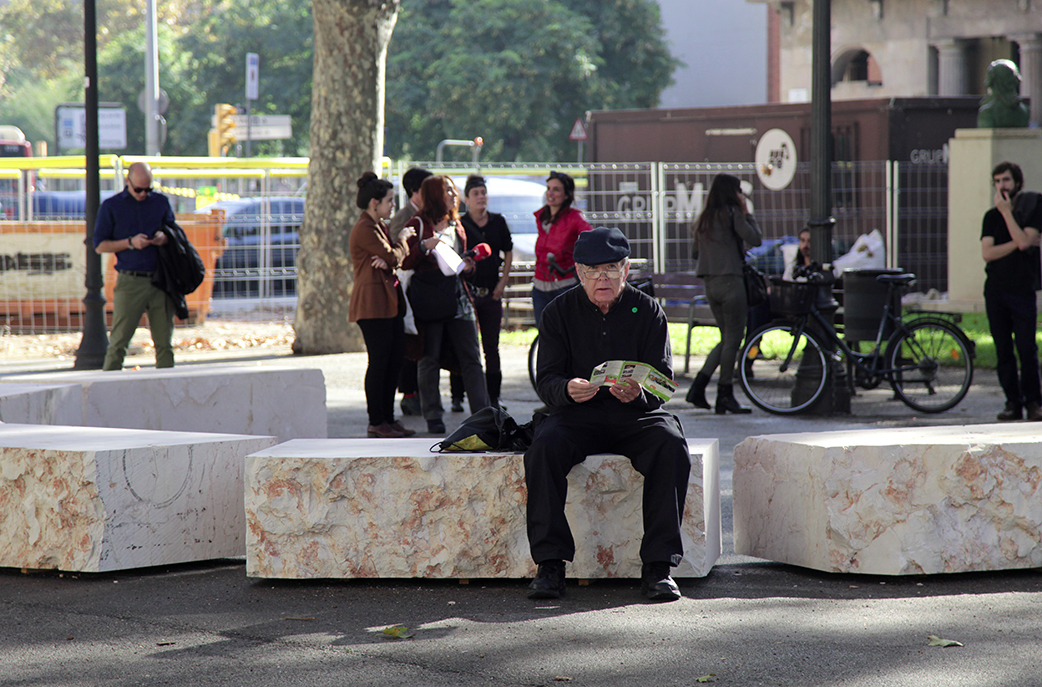 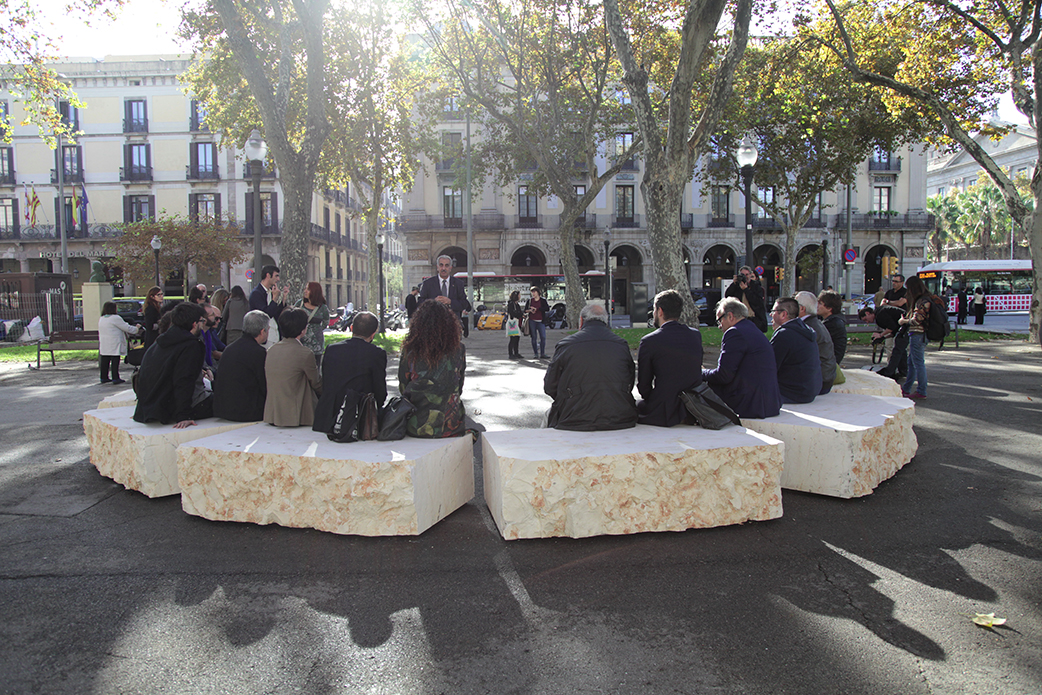 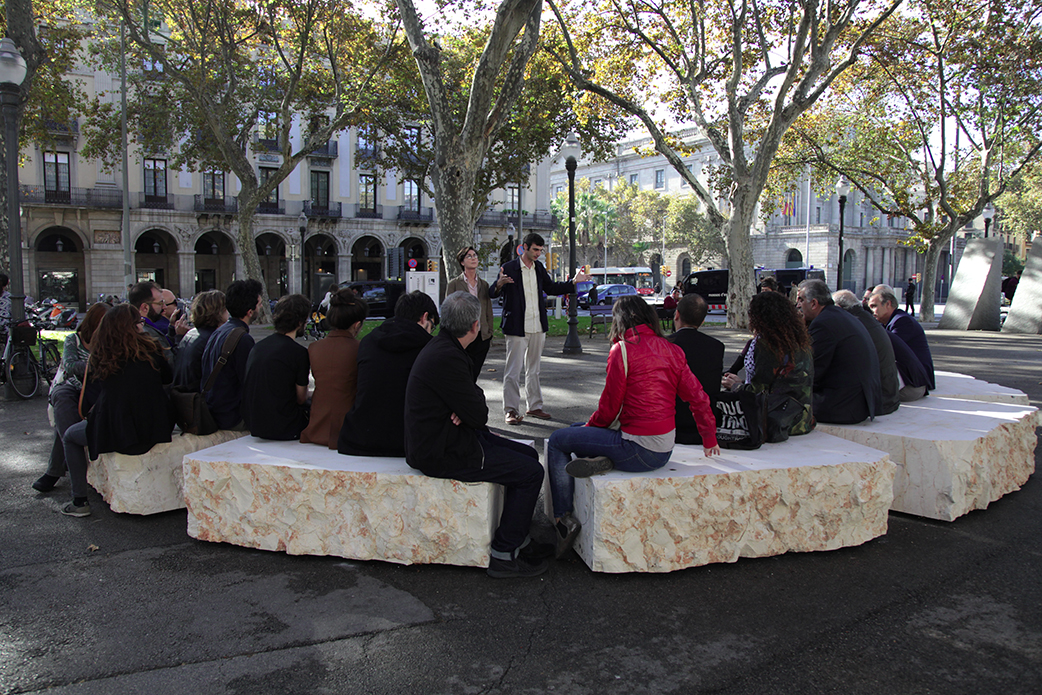 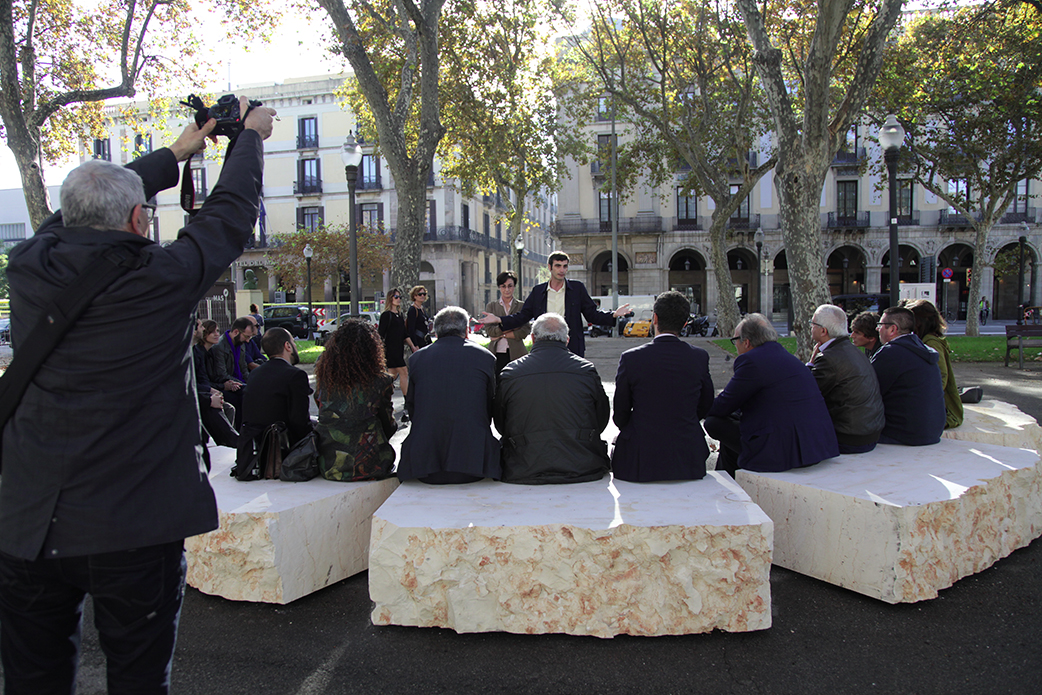 Pla de Palau once was the entrance gate for goods and people arriving in medieval Barcelona by sea. Currently, it is the site selected for the temporary pubic installation of six of the twelve stones cut from the original 22-tonne raw block which travelled from Hebron, Palestine, across the Mediterranean, via Ashdod Port in Israel. 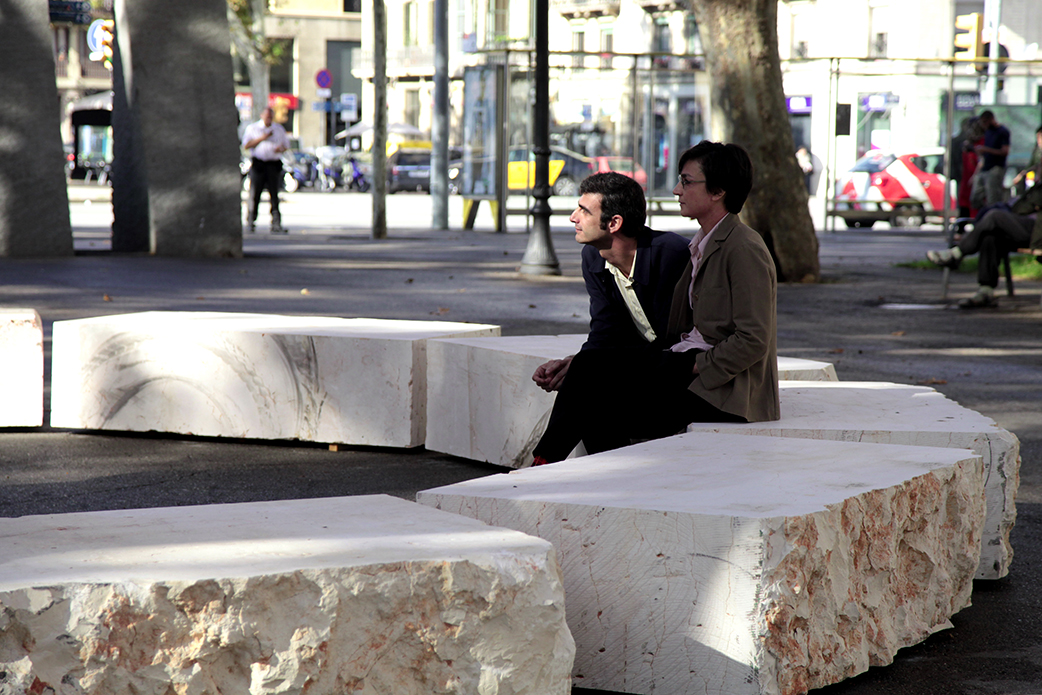 The cut stone embodies the spatial and logistical limits and obstacles that had to be overcome to move it. Six other stones are present at the Nivell Zero of the Fundació Suñol. The two locations—one inside, one outside—reflect the duality at the heart of the project: desire/constraint, open/closed, movement/stagnation, acceptance/rejection, object/subject. 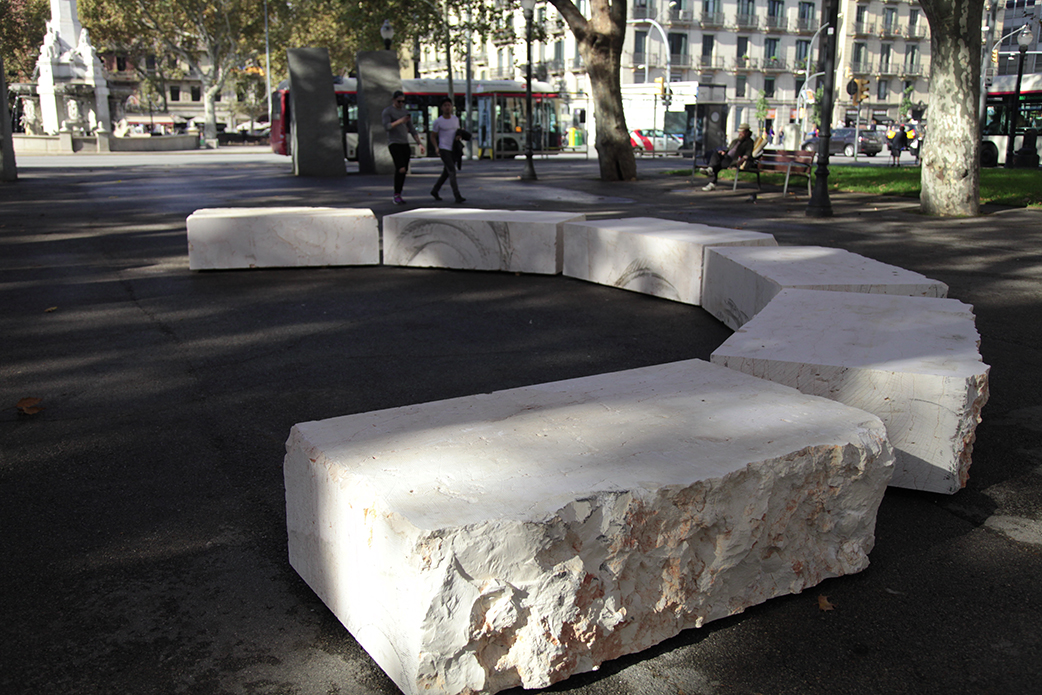 On Tuesday November 10 at 1.30 pm a public act took place to celebrate the placement, during which Marwan Burini, spokesman of the Diplomatic Mission of Palestine in Spain, Felip Roca, Director of International Solidarity and Cooperation Services of the City of Barcelona, Ramon Parramon, curator of Translocations and Alex Brahim, project curator of The Artist and the Stone, spoke about their roles and emotions as partners of the enormous and ongoing process. 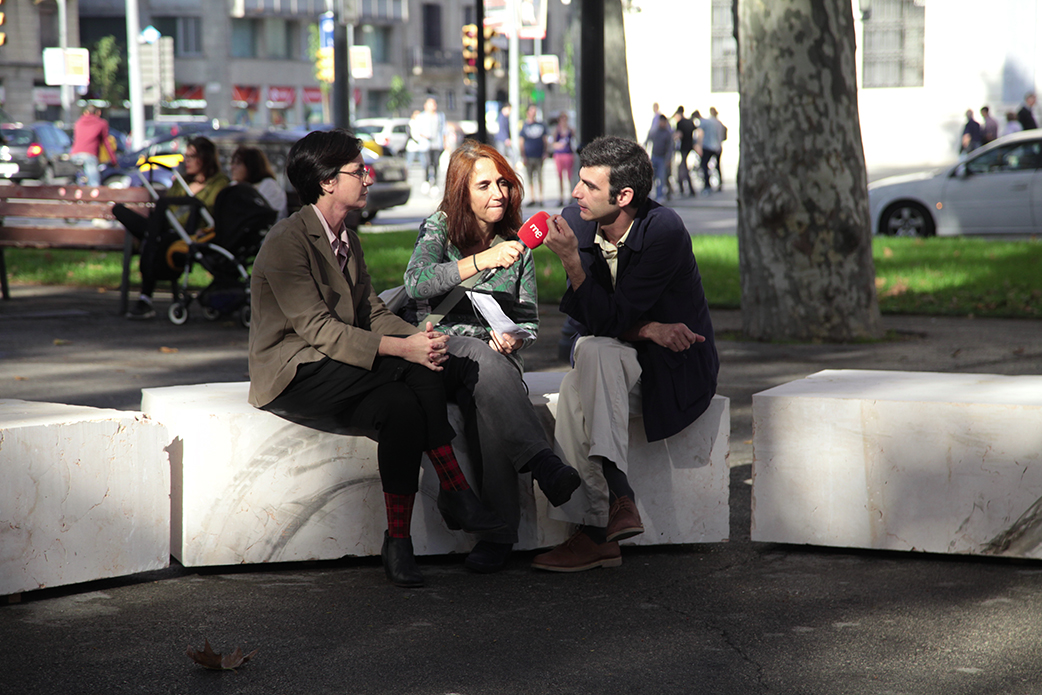 < Back to all News